I sure got here to the train station in Berlin much faster than I thought I would. My flight was early, my bag first out of the machine, and then the bus to the station was right there waiting for me when I came out of the airport. I was here at the station over 2 hours before my train (which leaves at 7:24pm for Hamburg). One surprising thing that I didn’t expect was that there was no passport control coming from Norway to Germany. Norway is not part of the EU, but they are part of the administrative zone that controls such things, apparently. So from my plane landing to arrival at Berlin Hbf (the train station), it was maybe a total of 40 minutes. I have been walking around the station and love the design, even if it does have a touch of the overly monumental about it. 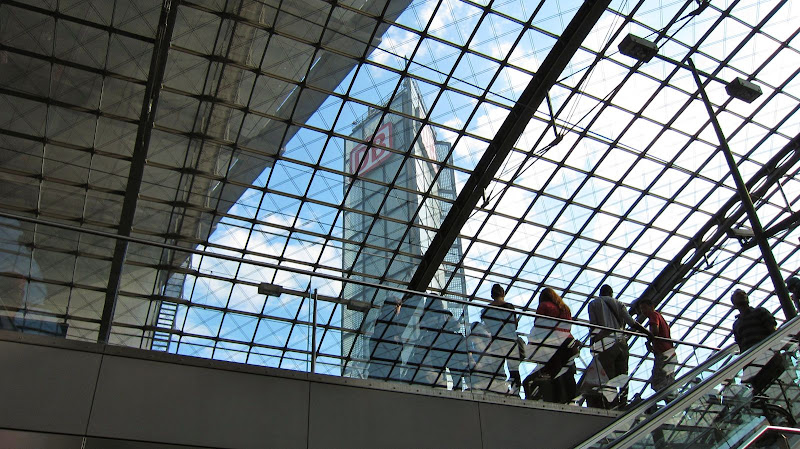