I took a quick walking tour of my building and neighborhood over the past couple of days. The building is really fantastic with all its amenities and public spaces. And the neighborhood is not bad, but clearly still in need of a lot of development. This neighborhood is referred to as Hudson Yards, and it is really one of the last areas in Manhattan to be developed for residential. Previously it was fairly industrial, and you can easily see in the neighborhood the mix of uses. In terms of restaurants, shops, grocery, etc (the things really necessary to support a vibrant residential community) the neighborhood is already way better than it was a few years ago, and it should improve dramatically in the next few years with so many residential units coming online. That said, it currently pales in comparison to many other city neighborhoods. One is also hopeful for closer subway links, but the planned 7 line extension is having all kinds of money problems, and so the planned station at 41st and 10th looks like it may not happen. Other things I notice about the neighborhood is that there seems to be a lot in the way of convention space (Javits Center, etc) as well as a lot of gallery/art space. And if you were ever wondering where all the taxis went to fill their tanks with gas, wonder no more. 10th ave is the place. I also notice how much blessedly quieter things are at night compared to my old hood. This is due to a combination of far better isolating windows, distance from the street, and that 10th ave is not the fire engine/ambulance corridor that 8th ave clearly is. Below is a slideshow of the goods.

On Monday (our last day in DC) we took a stroll around Georgetown, the oldest part of the city. It had been almost a decade since my last visit to DC. And for some sick reason, my image of Georgetown in particular is bound up with a bad old brat pack movie from the 80s called “St Elmo’s Fire“. Still, I tried to approach the area with fresh eyes and did experience a great appreciation for the beautiful old houses and tree lined streets.

Click on the pic or link below to see the entire album. 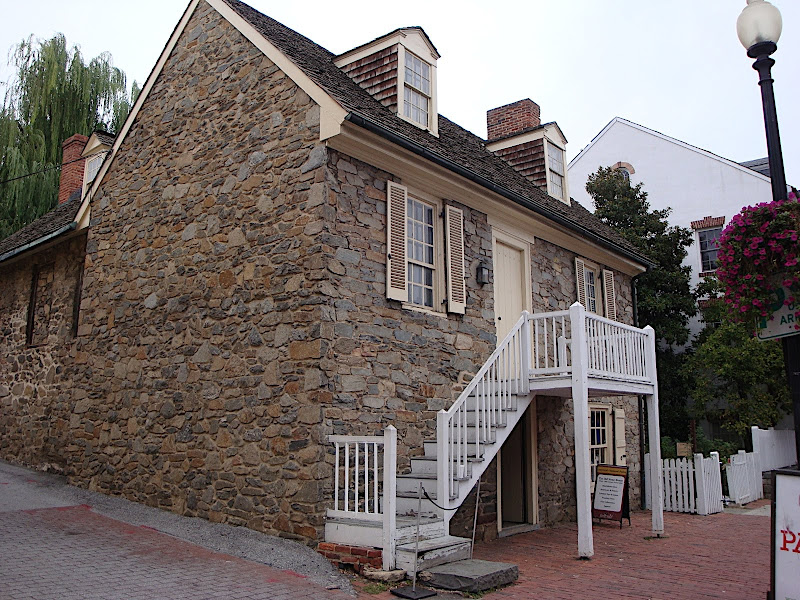 So, getting settled in my new hood and I kinda like it. There is pretty much every convenience imaginable within walking distance, I haven’t taken a subway in many days. I took a little 4th of July walk with my camera to capture a bit of the feel. Check out the slideshow below…

One of the surprising and wonderful things about my neighborhood is that Spanish is spoken everywhere, on the street and in every shop and restaurant. I knew of course that some Spanish would be spoken here, but I had no idea how pervasive it is. It is spoken more than English. This mostly gives me a great opportunity to practice, and the people at the local hardware, laundry, and (of course) Mexican restaurant are really nice and helpful when it comes to improving my Spanish. In many other places (the shoe store and Radio Shack for example), they will switch from Spanish to English with me, even if I have heard them speaking Spanish and speak Spanish to them, which is a bit of a shame, as it leaves me wondering if my Spanish was so bad they felt the need to speak English, or if they just feel it is easier. In any event, I have learned (at least, according to the woman at the hardware store) that the majority of Spanish speakers in this part of Manhattan are Dominican and the next biggest group Mexican, with a fair amount of Puerto Ricans thrown into the mix. And there are a fair amount of word differences between the groups, which makes things even more interesting.

It was an absolutely beautiful day today, at least temperature-wise. It got up to 65 and we were walking around in our t-shirts. Despite it being overcast, it felt amazing, as if spring is finally coming. I took the opportunity to walk around the new hood a little with one of my new roommates, Stephan (yes, that is his name). The neighborhood has lots of stunning architecture, some of it in good shape, some of it crumbling.

As I get settled in my new apartment, I have been doing the usual neighborhood reconnaissance to determine where the closest shops and services are.  In the groceries department, the closest supermarket (about 3 short blocks) is a place called “C-town“.  I believe the “C” stands for “community”, as the stores are meant to be responsive to the needs of the communities in which they find themselves. If that is the case, this community needs food help badly. The vast majority of items they carry are processed, pre packaged crap I haven’t seen since the early 80s. There is a ton of space devoted to Little Debbie, and none devoted to any kind of decent milk or cheese product. The produce was sad (although it is winter in New York and this may be true everywhere). Here and there you would actually see things that tell you a little about the community, in the form of imported items from Mexico, and the cereal selection was mostly ok. A lot of things looked as if they had been sitting years and years on the shelves with little to no movement. It made me wonder about stocking decisions. Who makes them and how? What is the evolution of these things? If someone was stocking some product line since the 70s, let’s say Birds Eye (something we grew up, and whose products are truly horrible) for example,  what is the likelihood that over time they would stop stocking it? Do they notice buying trends decreasing or increasing for their products? Do they wait for the customers to demand a change?  Is it likely that in poorer neighborhoods people are less likely to bring these things up to the store owners? Do they just buy what is in the store because it is in front of them? Perhaps the owner is looking for the greatest profit margin. And I should mention that prices didn’t seem less here than in other parts of Manhattan. Whatever the case, it really makes you think about the total environmental picture of neighborhoods, and the variety of things that go into making a neighborhood a compelling place to live.