Josh and I had breakfast and a bit of a final walk around in Salamanca yesterday before hitting the road towards Sevilla. Salamanca really is a lovely city, although we didn’t find the best food in the world. (Not that we tried very hard. They have a special kind of beef there from a cow species that only exists in this region that we tried. It was ok.) Once Josh navigated the car out of the subterranean labyrinth hotel parking with a few scratches and curses, we headed south on the highway. We had a read an article in the NY Times about a lovely little town called Caceres, and we took the exit off the highway to explore it, but could could find nothing charming about it, and with very little patience, went back to the highway and headed towards another ancient city, Merida.

Merida started out being as charmless as Caceres, but with greater determination, an overpriced lunch, and a sun beating down like a wire hanger from a deranged star, we made our way to the interesting sites. And there were lots of them. Merida has a fascinating Roman, Visigoth and Moorish history, and there were amazing ruins to be seen. Click on the image below to go to the entire album. 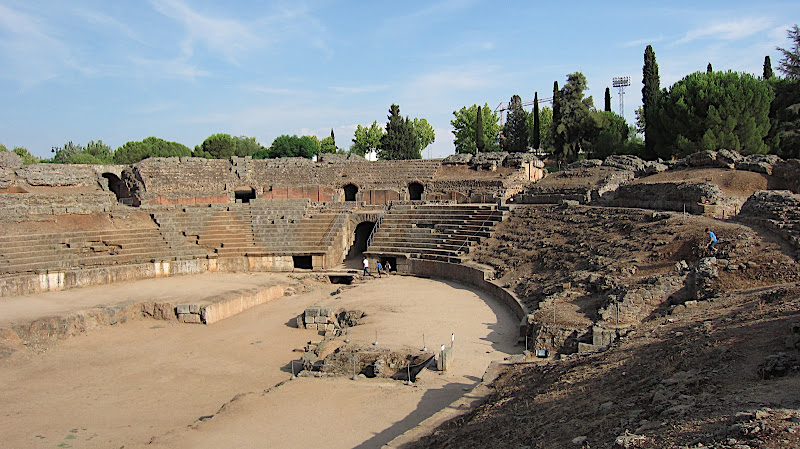