Josh and I just had a rather harrowing adventure trying to drive into Rio. A number of unfortunate coincidences conspired to drive a wedge of fear and loathing into us. First, the weather was horrible, with a relentless rain most of the way. Second, the strange deviation that the road took had us ending up in a not so nice part of Rio, a problem compounded by the fact that there were suddenly no signs with any recognizable place names to tell us where to go. The coup-de-grace was some of the worst traffic in human history (making us long for LA), allowing us to move at only a glacial pace, and causing Josh multiple cramping with the car’s manual transmission. In one of our darkest moments, I called our friend Anderson who gave us some tips for finding our way based on the signs we were seeing (“whatever you do, DON’T go to Niteroi!”) and after an excruciating amount of time and a good deal of luck, we finally ended up at our rental flat in Ipanema. Now that we are here, Josh and I are very happy indeed, and are once again on speaking terms. We are now going to treat ourselves to a fancy meal.

It was a little bit rocky getting started. Josh and I had rented a car at the São Paulo/Guarulhos Airport, and had asked for directions to the coast, but of course no one really spoke English. All we could gather was that we were to head for something called 2 tomatoes (or something like that). We eventually found our way and spent a large part of the day driving through rain and fog before arriving at the ever so lovely Parati just as the rain was stopping. 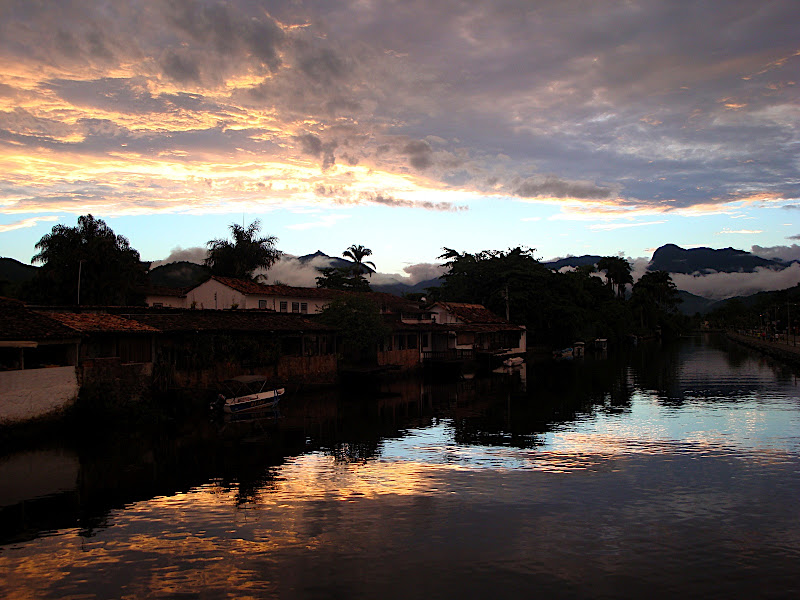 From Road Trip to Parati

I was lucky to meet such an amazing group of people here in SP, who showed me their city and their hospitality. I may just have to come back to Brazil for carnival… 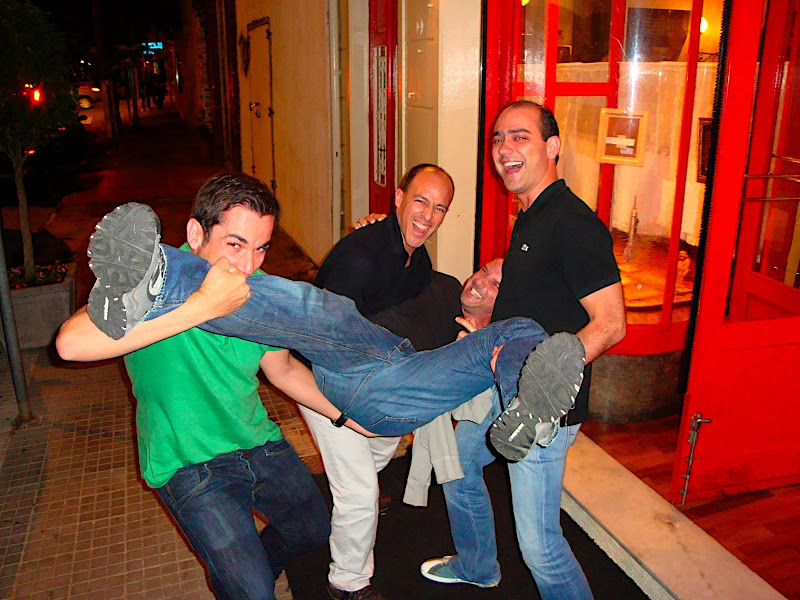 Your son, Josh, arrived safely in Sao Paulo. What happens next is anyone’s guess.

It would probably look just like the Formule 1 Paulista, where Josh an I will be staying tonight. I just checked into our room and I am impressed with the simple, no frills (and fairly inexpensive) operation they run. 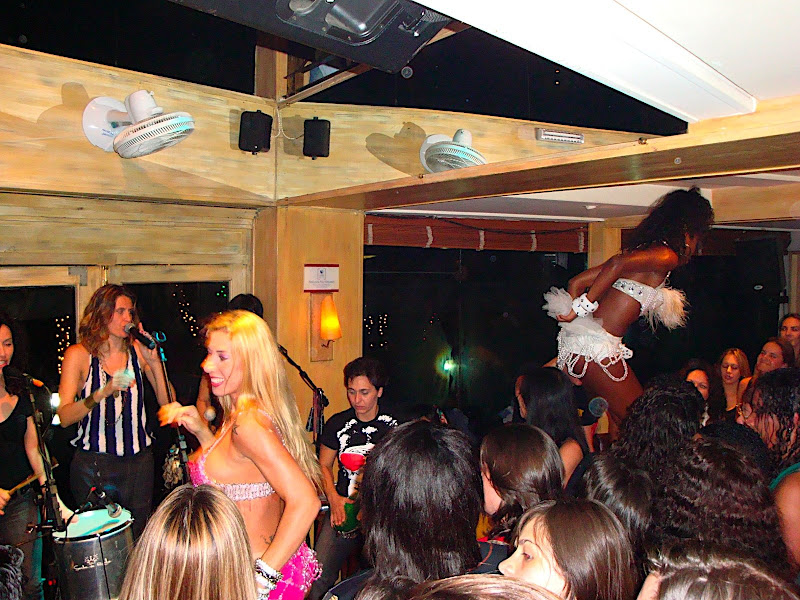 I love going to the market in foreign countries, especially tropical ones to examine the huge variety of fruits and vegetables that I have never seen before. I love trying new flavors and investigating odd looking species of plants. So there I was with Elson yesterday, helping him with the grocery shopping and asking about all the names of things I didn’t recognize. We got to one fruit that was quite round with a dark green skin and about one and a half times the size of a softball. I asked what it was and he said (what sounded like) “abacahsh”. Since this sounded so similar to “abacaxi” (pronounced “abacahshee”) which means pinapple, I assumed that this tropical marvel was in the same family, but something I had never tried before. So with the help of a kindly grandmother next to us, we picked out a ripe one and brought it back to Elson’s. This morning I excitedly went to cut it open for breakfast and realized to my slight horror upon bisecting it that this was nothing other than the lowly avocato (albeit much larger and a different shape).  Crestfallen, I put it back in the fridge and told Elson he could make a monster salad with it one day soon.

My friend Elson and I went to a place last night called Angelica Grill. It is one of those places in a Brazilian tradition of all you can eat meat restaurants. Basically there is a giant salad bar where you go for heaping piles of side dishes to bring back to your table. Then you set a little rotating sign on your table to the “Yes please” (as opposed to “No thank you”) position, and wait for the meat guys to descend on you like pigeons. Every few minutes they come by to shave off a different cut of meat from a skewer, as you try to force down as much as you can without throwing up. Just about the time you are waiting to be begged to take just “one wafer thin mint“, confused as hell as to why they won’t stop coming by, you remember to set the sign to “No thank you”, and the fleishe anschluss ends. And then comes the dessert cart!

The restaurant we were in was filled with families, large groups, possible bar mitzvah parties, work parties, etc. And all of them were quite boistrous. The enormous room, which was fairly well appointed in hotel ballroom style was filled with perhaps 500 people. And a lot of these people were, how shall I put this delicately…quite a bit overweight (surprise).

It is good to know that Americans are not the only people in the world who can at times mistake quantity for quality.

At breakfast this morning I met a fascinating trio. An Argentine visiting from Barcelona, a Brazilian woman who lived many years in France and now runs a pousada in a small beach community south of Recife, and a French man from the Alps region. The French man spoke French and English, the Brazilian woman spoke French, English, Spanish and Portuguese, and the Argentine spoke Spanish and English, although he understood some French. So the conversation bounced between all of these languages and it was a lot of fun spending a little time with this group, evaluating how central the concept of saudade is to the identity of Brazilians, discussing music and travel, etc. I said my goodbyes and headed back to my room to pack, as I am headed back to Sao Paulo. I will meet my cousin Josh there in a few days and we will travel to Rio by rental car, stopping at several places along the way.

– A lot about the cuisine here reminds me of southern India. There is a prodigious use of coconut in a lot of things, and there are many dishes that bear a striking similarity.  One of the major differences is in the other kinds of tropical fruits (notably cashew apple and pitanga) that show up in things. I love it.

– The culture feels very different up here, almost like a different country from Sao Paulo. The music and food of course, but more than that. The pace and self image of the north seems very different. Is it the greater African influence? The greater heat? The slower pace? Perhaps Sao Paulo is the anomaly in Brazilian culture, being more like a world city for its hustle and bustle.

– Did I mention how hot and humid it is here? And I am not even in the jungle.

– This is just an impression, but strangers (not friends) in the south were generally warmer and nicer to me than here in the north. This could be a function of a lot of different things, but it is noticeable.