After a brief stopover in the ever so picturesque Chefchaouen (see pics below) and a gorgeous drive beside the Rif mountains, we pressed on and ended up here in Tetouan, which I find fascinating for several reasons:

1. The medina is much more regular and almost grid like compared to others we have seen, and it is smaller and fairly easy to navigate.

2. All of a sudden, Spanish is the second language spoken after Arabic, not French. So I have had to adjust and start practicing my Spanish, which is a little jarring after speaking French for the past couple of weeks.

3. They seem to absolutely LOVE sweets here, I have never seen so many sweet shops. Marites and I bought something unrecognizable that was pretty damn tasty though, a kind of apricot caramel creme crispy thing.

4. The city has a kind of fascinating division between the newer Spanish colonial city and the much older medina, each falling almost symmetrically on either side of an avenue that is the dividing line.

5. We seem to be the only tourists in the whole town. So much so, that we are stared at. Marites in particular seems to be the first person of Asian decent they have ever seen, and there are some rather bizarre looks and comments directed her way (which makes her dislike this place I am afraid). 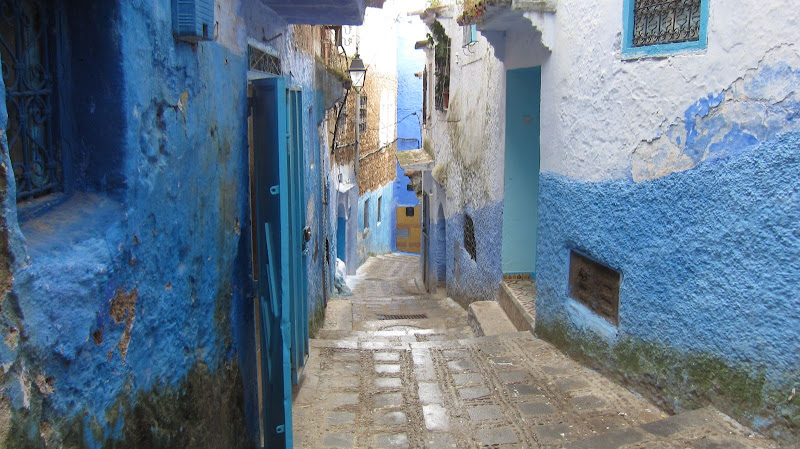 From Chefchaouen and Tetouan