Yesterday Olaf and I took in the Galata Mevlevi Lodge Museum, an old Whirling Dervish lodge that has been converted into a museum telling the history of this ancient Sufi order. The museum was very well done I thought, and I learned a lot about the order which was inspired by Rumi and his teachings and founded in the 14th century in Turkey. I first learned a little about Sufism when I was in India a few years ago, and many of its principles are of a piece with several eastern religions and ideas about inner dimensions, transcendence of the physical world, removal of the ego, and union with the divine. Central to these practices are also concepts of love and compassion, and they strike me as much more peaceful and welcoming than many modern fundamentalist mindsets that are prevalent around the world today. We were unfortunately not able to see the performance of the Dervishes since it was sold out, but this practice is a fascinating one that is a kind of meditation/prayer that draws the recipients closer to the divine through the repetition of movement. All in all, pretty fascinating. 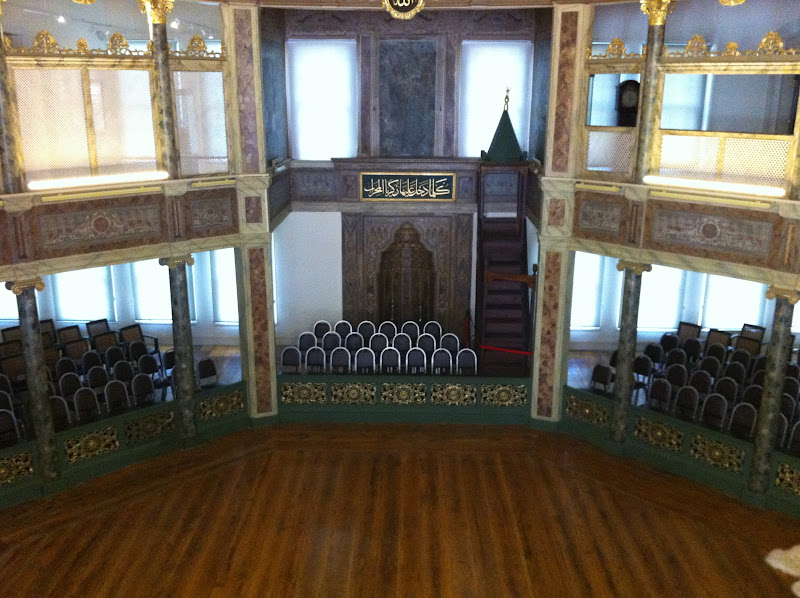