I have been to a lot of gay prides in my day, and while I love the celebration, the parade part leaves me a little cold after all these years. (To be honest, I have never really understood why people watch any kind of parade.) Still, since I was in a new city, I thought it might be fun to check it out with Olaf and Nico, so we went down to see part of it. The pride parade (here they call it Christopher Street Day in remembrance of the Stonewall Riots) starts on the Kleisstraße, right in their neighborhood of Schöneberg, and not at all far from the apartment. The parade isn’t anywhere near as elaborate as the ones in San Fran or New York, and consists mainly of a bunch of identical float trucks decorated slightly differently, each blasting out their own, competing disco beat while the people on board move to the music. It wasn’t very interesting, but became moreso when we met up with some friends of Olaf’s and jumped in the middle to walk with the parade, as a part of it, instead of watching it go by. Later in the afternoon we went to the neighborhood of Kreuzberg, for an alternative pride celebration, and I found the crowd to be a little more interesting, (and also a little more drunk). We finished up the day with a four hour nap, then got up to make it to an incredible club here call Berghain for some insane dancing until 9 in the morning. At least, that is when I left. Olaf and Nico stayed another few hours while I figured out how to get back to the apartment with a 20 minute walk until I finally found the U-bahn and a 15 minute ride after that. Berliners (at least the ones I talked to in the club) are fiercely proud of their Berghain club, and I had to admit that the spaces were beautiful and it was one of the best clubs I have been to. It is in a reworked old power plant, so you can imaging some of the industrial chic. If I had any complaints, it would be that I wish the music was a little less thumpety-thump and a little more melodic, but this is a small quibble. It was a really great experience, and a really great pride this year. I wouldn’t have missed New York at all (pride-wise) except for the fact that the state finally just passed gay marriage on Friday. I know the celebrations there this year will be especially sweet. 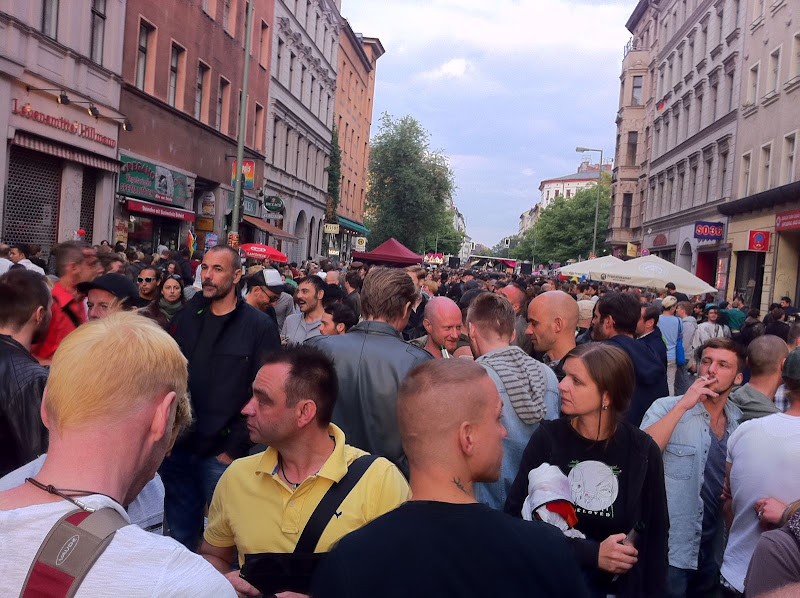