Josh and I are leaving Gothenburg this morning for Stockholm. We were pretty tired last night from our island hopping so kept it low key. We decided we would try some franks (hot dogs, brats, whatever) as they are popular in this part of the world, and went to some place close by that was recommended by the hotel. They served up some large wiener covered in mustard and a little ketchup, surrounded by mashed potatoes with paprika and pepper. Meh. It wasn’t anything to write home about (despite the fact that I am doing that now), but it did have the advantage of being (relatively) cheap at about 6 bucks. Frankly, I could do without another. As we leave Gothenburg, I did want to mention one other thing we noticed about the place with some surprise: There are a very high number of goth kids here, enough to make you wonder if the city name has anything to do with it, or if perhaps the subculture originated here (it didn’t btw). 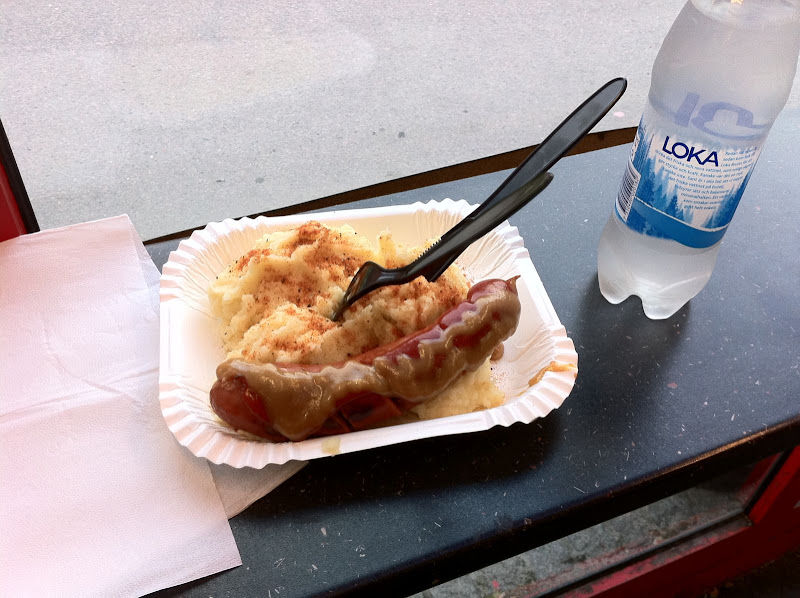