As Josh and I were galavanting around old Spain, we stopped in many (many) a cathedral. Unlike their less grand cousins in the US, it is much easier to see how these immense structures inspired awe, reflection, and sometime fear in their congregations. Despite the hordes of tourists, one could imagine a quieter time when these structures allowed for a high degree of introspection away from the hustle and bustle of the dense cities just outside. On one of the occasions we were sitting on benches, thinking about prayer in these vast halls and I was inspired to sit in a traditional prayer pose within the pews, and Josh snapped a photo. This then became one of the motifs of our trip, and we took many such shots over the following weeks. As a series, I quite like the idea, the mixture of incredible spaces and light, focused around a single individual in a variety of angles. I consider this series to really be early groundwork and testing for something better, as sometimes the effect is not as reverent or prayerful as I would like. Some of the shots are quite nice however, and I think they make an interesting grouping. Most are ones that Josh took of me, and some I took of him. All of these are from my camera, but Josh has a few others from his camera that I will be adding to the collection in the next few days. Click on the image below to see the entire grouping in a slideshow. 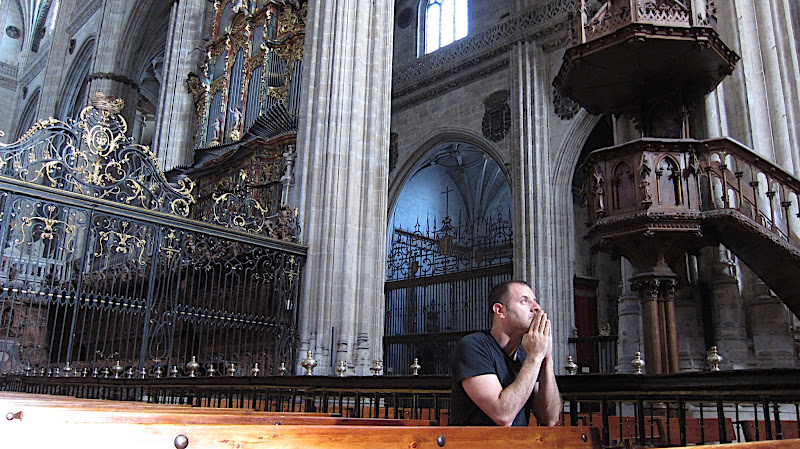