Josh and I hit the road yesterday from Madrid, with our final destination being that of Salamanca where we had booked a hotel for the night. Along the way we stopped at a couple of sites as well as Segovia before making our way to Salamanca. One of our first stops was in the mountains, at some sort of ski resort where there was no snow (at least not at this time of the year) but there was a working lift with lovely views over the mountains, so we took a ride. Next up, we went on to La Granja to see the palace which had been highly recommended to us, but which I thought was rather so-so. The gardens were nice though. We noticed the time was slipping by and since we had made a non refundable reservation at Salamanca, we had to make a rather rushed stop in Segovia on our way, which was really a shame, because Segovia was dynamite, such a beautiful and fascinating town. I really wish we had spent more than a few hours there, and Josh and I decided that henceforth we would make no hotel reservations in advance, so that we can be more flexible if we find ourselves wanting to stay longer in a place. Click on the image and link below to see yesterday’s pictures of the trip. 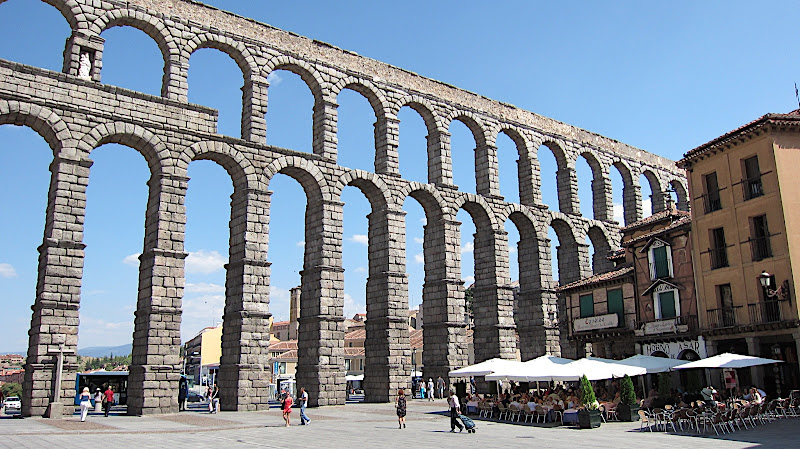 From to Segovia and Salamanca