I have had a TON of project work recently. Often I have been waking up and jumping straight from bed to my desk, only realizing around noon that I am still in my underwear. Sensing a need to break free of this cycle from time to time, even in a very busy period, I accepted my friend Ric’s offer to explore an exotic land I had never really been to called “New Jersey”. In particular, he was going to show me something called “The Shore”. Vague guidonic, somewhat trashy , MTV visions dancing in my head, I set out by bus from Port Authority to Ric’s place in Union. We then drove well over an hour to get to our starting place, Island Beach State Park where I have to admit to being surprised by how lovely and remote it seemed. The dunes were really beautiful, and we hung out for a while being goofy on the beach (see photos). After that we headed up to a lunch and a couple of boardwalks at Seaside Heights and Asbury Park. They were pretty fascinating places, in a style that reminded me of the 1940s for some reason, perhaps because I had in my head an image of my mother as a very young girl on the boardwalk in Atlantic City with my grandmother, both looking glamorous from about that time period. Ric was a wealth of information about the area and the waves of migration and various economic conditions that have shaped these places over the years. Asbury Park in particular has a spectacular stock of old houses. All in all, a much needed short day break from my work and a very interesting place to visit. Click on the image below to go to the picasaweb album. 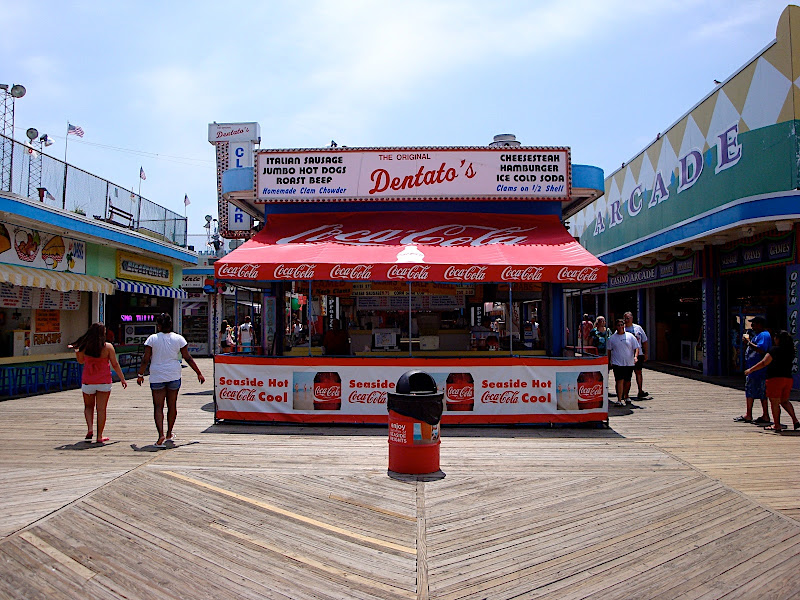