Despite the various naysayers, I found the march to be an inspiring and very worthwhile event. A lot of the talk this weekend focused on the differences between the establishment (read HRC, professional lobbyists, etc) parts of the gay movement and the (mostly younger and) grass roots parts of the movement. Personally, I think each has its place and I wish there wasn’t so much bickering between the two. I came to the last march in 2000, and while this one felt a little smaller, I was mightily impressed with the diversity and purpose I felt from the assembled crowd. This was a new generation, demanding the fullest expression of equality ever. This was a generation appalled that there are two sets of rules and adamant about not accepting 2nd class citizenship. And I was impressed by how many straight allies there were, especially young men. Our culture has changed a lot in the last 10 years. We have made amazing progress on a societal level. It is much easier for young people to come out now than ever before. And yet, there are still areas of great inequality, most notably before the law. This is why it is so important to overturn these laws and to finally get to the full legal integration that all of us deserve. 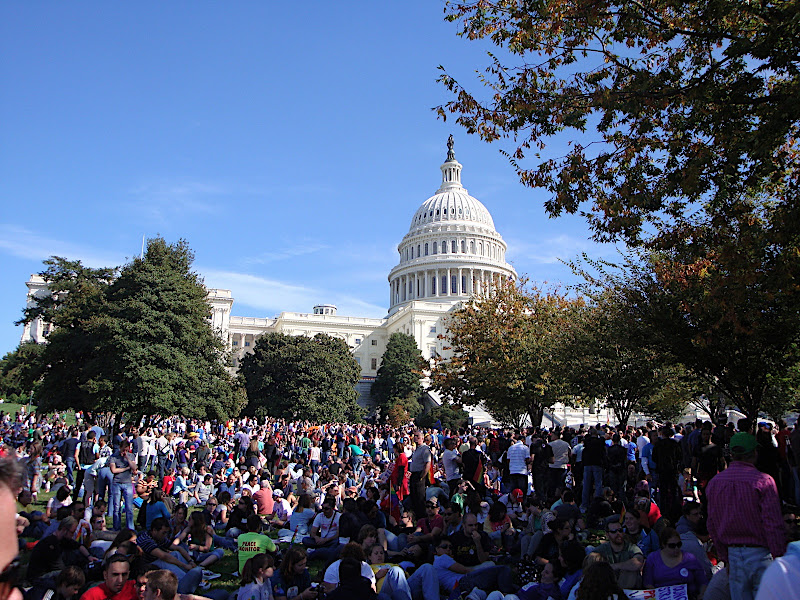