I was walking around yesterday morning and was passing the corner of 57th and 10th avenue when it hit me. This was the first apartment I had ever lived in here in New York, as an architecture student on work assignment semester, way back in 1986. Got that? 23 years ago. I shared this 6th floor walkup (formerly) two bedroom apartment with 5 other students for the semester. We each paid (if I remember correctly) about $225 a month for what was essentially a shelf large enough for a bed. The  rooms were divided into cubbyholes or shelves, three where each of the bedrooms had been, sort of. And I was one of the lucky ones, having arrived early I was able to claim a cubby hole with a window. The worst off was poor Joe, who had what can only be described as the coffin above the low ceilinged bathroom, probably measuring about 6.5 ft x 6.5ft x 3 ft tall, right under the roof  with no windows or ventilation (and we were nearing summer to boot). I remember the guy who had the second worst room-coffin, Josh, in the one right “across” from Joe’s, and how their tiny doors would hit each other as they climbed out. One morning Josh left early for work, and left his door too ajar, trapping Joe for several hours in his own coffin. We did have a small kitchen and common room to hang out in, but it wasn’t even large enough for everyone to sit in at the same time. Still, I look back fondly on that first adventure of living in New York. All these years later, it is good to be back living here again. The city maintains that spark of excitement, that fundamental something that (in its incessant churning and changing) is central to its beauty and allure. 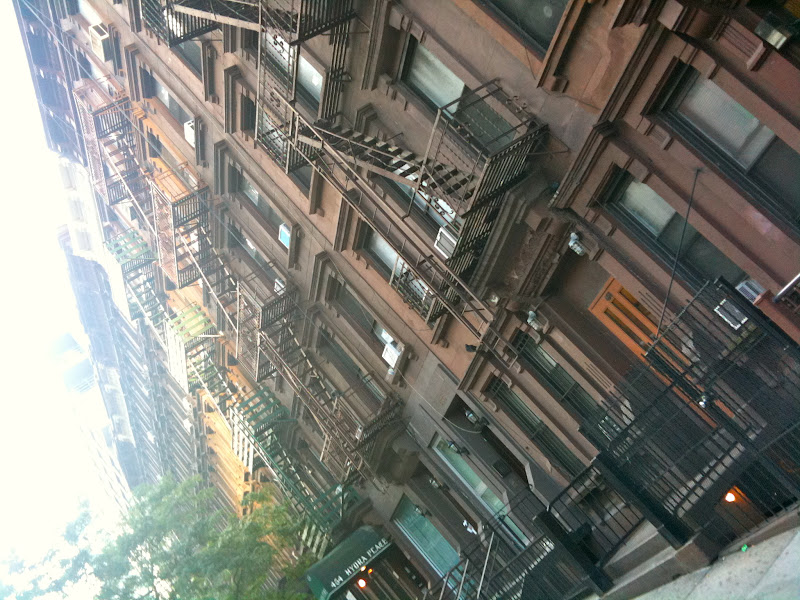