With the weather improving to give us a hot day with a clear view, we decided to do the touristy thing and take the tram to the highest lookout point in Rio, where the Christ the Redeemer statue is located. It is a pretty impressive statue and view of the city, and pictures really do not do justice to the sense of the city one gets when up there.  On the tramway on the way down, we met a fun, large, and loud American woman named Peggy, who clearly had our number a few minutes into the trip. She started to break the ice with us by talking about the Bush shoe throwing incident, and then moving on to how much she was missing The Daily Show while she and her husband were on their South American cruise. A few minutes later, she came closer and in what was a more subdued tone told how great a “fag hag” (her words) she had been in previous times and how she missed hanging out with her gay friends. We were so taken with her we had our picture taken together at the bottom of the tramway on the way out. 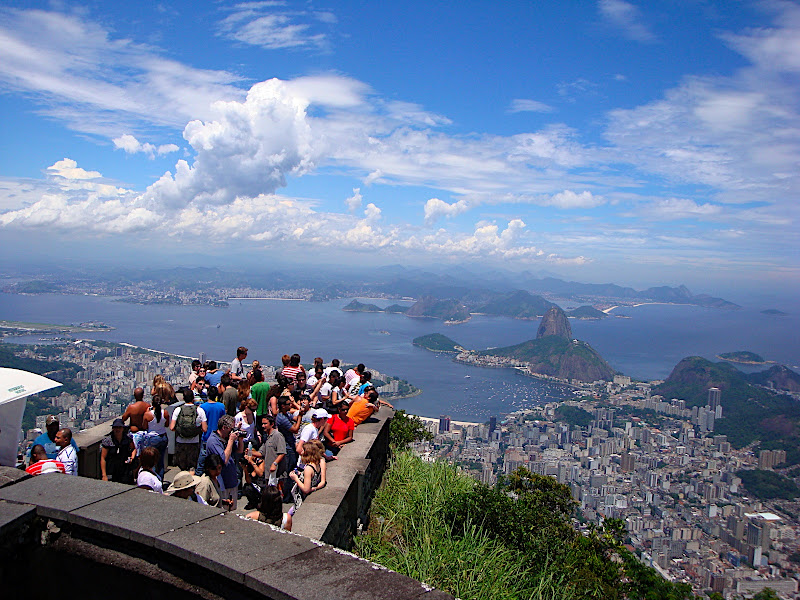 From Rio up High