I met a nice friend of Gabe’s yesterday who showed me around some parts of Salvador that I hadn’t seen before, culminating in a visit to the somewhat creepy but fascinating Igreja de Bonfim. We discussed in part my travels and he told me quite a bit about his personal life here, sharing with me stories about his ex boyfriend, his parents, his godfather, siblings and growing up here. At one point we talked about the value of places, and he made a statement that I totally agree with: That people are more important than places. It was interesting in our walks around then that every place he took me to was a part of his personal history and held a significance to him almost exclusively related to his past and upbringing. Whether is was stopping briefly in the rundown neighborhood where his father and brother live to run an errand, to visiting the area around Bonfim where he grew up, to the school he attended, to the hospital where his sister works, every place clearly held great significance for him. And more than that, he seemed very strongly bound to these places and their meanings. It seemed to me that his past is very much a load that he carries in the present. He is both comforted and tortured by this past. Maybe it was the rain bringing out the saudade and melancholy, as he told me many times that Salvador is a much better city in the sunshine. For me, it was a fascinating trip down someone else’s memory lane, and I got to see parts of the city that I never would have without him. I didn’t mind the rain really.

It seemed appropriate that the apex of our walkaround should be Bonfim, with its rituals of healing old wounds. The architecture of the church is nothing special, but that it is a place which is thought to have curative powers is fascinating, and there is a room in which people have left prayers and wishes for healing. This room has its walls covered with people’s photos, some of their faces and some of their wounds. There are also plastic representative body parts hanging from the ceiling with notes on them, prayers for healing on these locations. My friend told me the room made him a little uncomfortable, and after a few minutes we moved on. 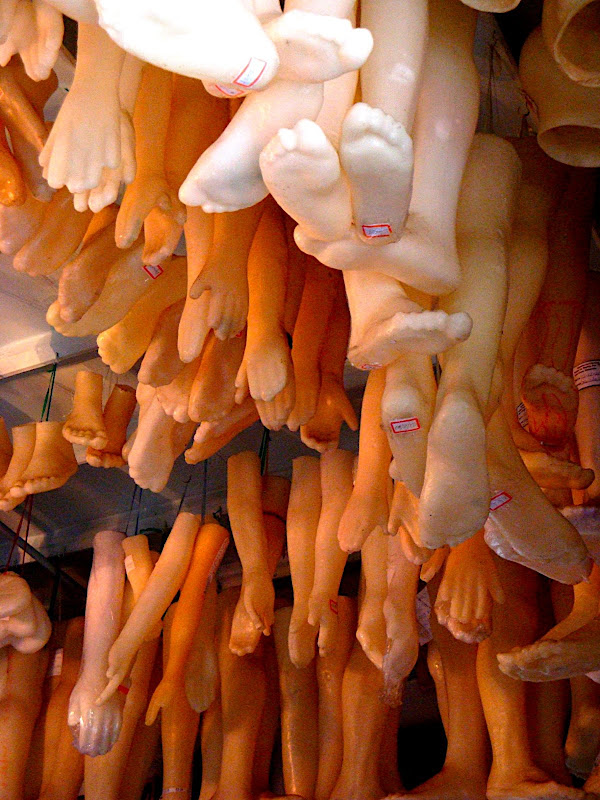