There is a massive archeological site right in the middle of the Miraflores neighborhood of Lima called Huaca Pucllana. Up until about 30 years ago it was used as a motocross site according to our guide. It is a pretty fascinating place, originally built by the native pre inca Lima culture from about 200 -700 AD, and then used by a few successive peoples (Wari) after their decline. One of the hallmarks of the Lima construction is adobe bricks stacked in trapezoidal shapes and like books on a bookshelf, which give quite a lot of seismic stability to the structures. It was amazing what good shape a lot of the buried compound was in. The site was apparently much much bigger originally, but over the years, the Miraflores neighborhood buildings were built on top of it, with only this part (which was a massive mound) still remaining and being excavated. 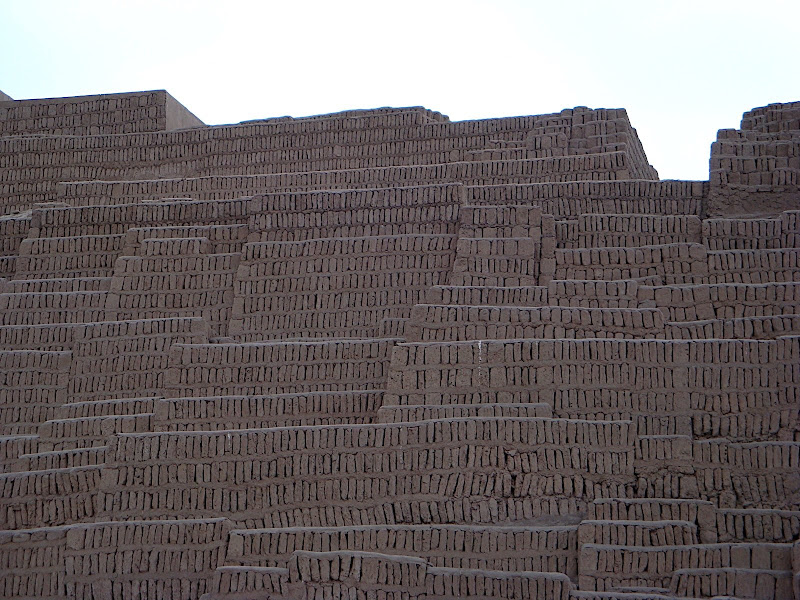