Joaquin, Ricardo, Christian and I went strolling in El Centro yesterday, and saw a number of interesting things. We stopped by the bar that invented the Pisco Sour (to have a Pisco Sour, ‘natch), visited a number of old city houses (that are now museums, including one with a fascinating Tola exhibit), and wandered through the older streets of Lima admiring the architectural details that are signatures of Lima (such as tied wrought iron work and enclosed balconies).

We also stopped by the fascinating Iglesia de Santa Rosa, where she lived and practced her very odd forms of worship and self sacrifice. Today we would say this woman was disturbed, a masochist and probably schizophrenic in great need of help. Back then, they thought she was pious and sainted her. Thousands of people come every year to worship and leave wishes in the well at the site. It is fascinating to me how context changes the interpretations of things. The same actions that seem the mark of insanity in one culture are venerated in another. 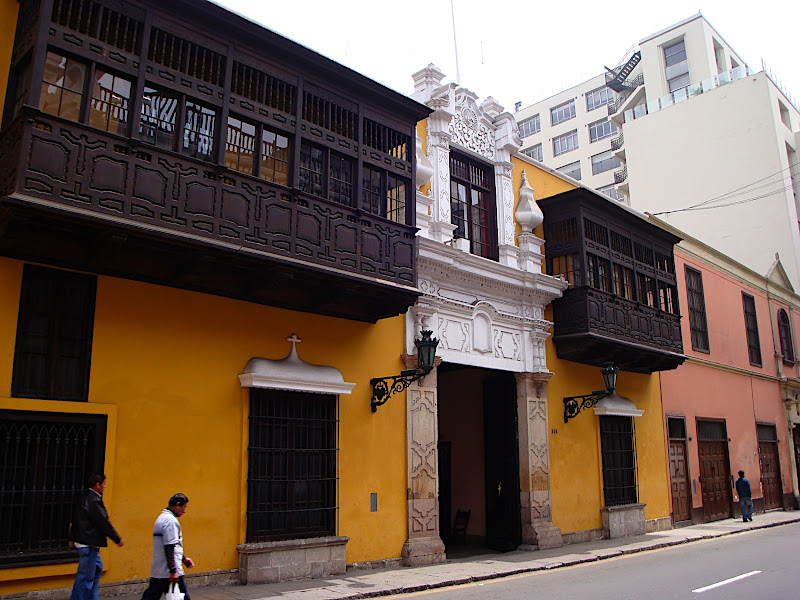