Koricancha is one of the most fascinating sites in Cusco. It is the location of the most important temple in the Inca empire and was for many years buried under the Church of Santo Domingo (built by the Spanish ‘natch) until an earthquake in 1950 uncovered a bunch of it and leveled a lot of the church. “Buried” perhaps isn’t the best word to describe how the church was built over it, as several of the rooms were subsumed by the church complex, the original stone structures still in place and the forms of the rooms as well. This was the first site that really impressed on me the wonder of Inca architecture. The incredible fitting and complexity of the stonework is beyond anything I have seen of its kind anywhere. It was all done without mortar and in this seismically active region holds up incredibly well, especially when compared with colonial building.The fittings are so tight that many of the seams are almost invisible.

Another great reason to visit the Church / Convent of Santo Domingo is for the excellent collection of paintings (many from the Cusco school) that detail the history of the church in this part of the world. The explanations under the paintings are the best I have ever encountered and explain in great detail the meanings and influences of the paintings. 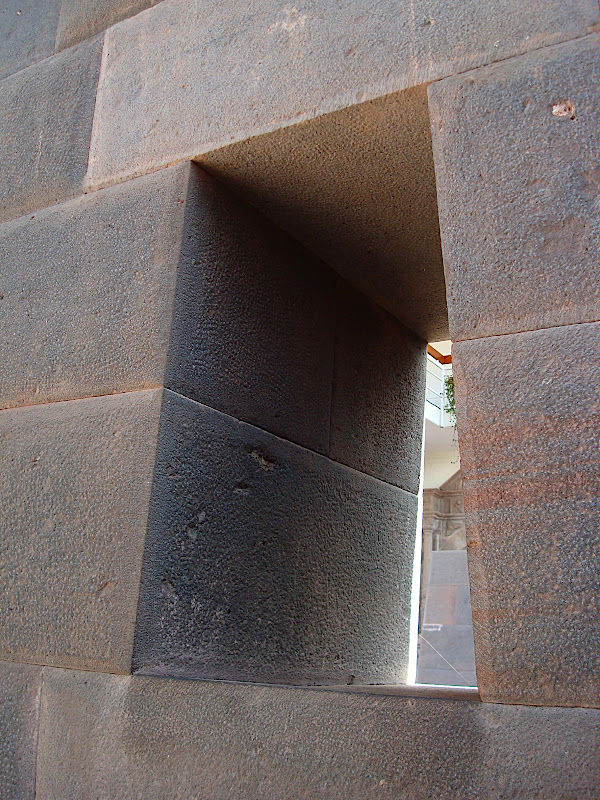