It was interesting to be in the city center, which is quite a bit more gritty than the posh neighborhood we have been staying in. That said, there was a fair amount of architectural history, even though most of the oldest part of the city was destroyed in a massive earthquake in 1749. Lima maintains some pretty impressive color uniformity in the several plazas we visited, such as the Plaza de Armas (where almost all the buildings were yellow), the Plaza San Martin (all white), and the Plaza de la [something I can’t remember] (all blue). One of the weirder things was the trip to the catacombs underneath San Francisco church. Many tens of thousands of people were entombed there over many years and when it was opened in the first half of the 20th century, some enterprising and artistic monks with too much time on their hands and a bit of the OCD decided to catalog and clean up all those skeletens. They neatly arranged many hundreds of bins by bone type (with skulls stacked neatly in this bin, femurs over here, fibulae over there, etc). But the true piece de la resistance, (by an artiste/ horror film nut) was the radial pattern of bones and skulls laid out in the central circular well. We then took in the Parque de la Muralla, walked around central Lima a fair bit, and headed to the fascinating erotic art collection of the Museo Larco.

Click on the photo below to go to the album: 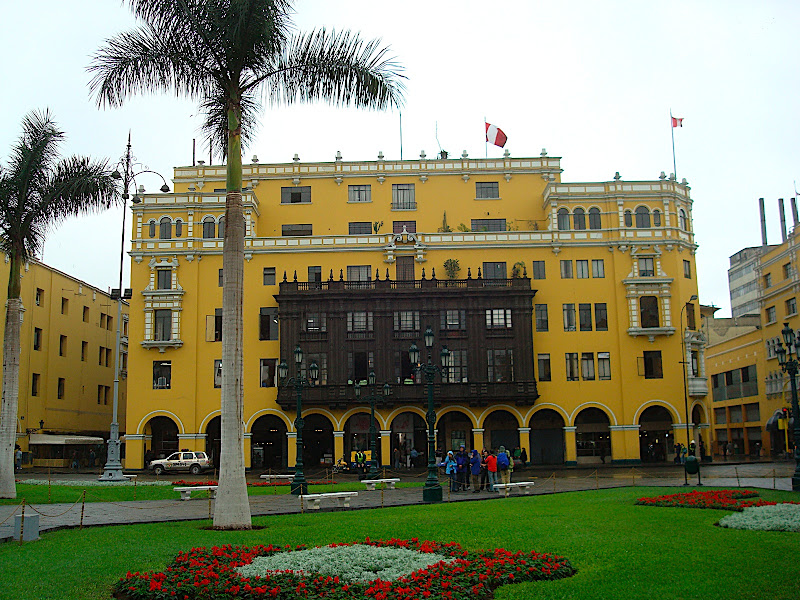