As I was strolling to the store this morning, I passed a group of protestors called el movimiento de los 400 pueblos (Movement of 400 Towns). Gerardo tells me that they show up about every 4 months, squat (literally and figuratively) in the plaza near our place, and demonstrate against a particular legislator and some land injustice he perpetrated about 15 years ago. They usually parade around naked to get attention and make their point, but apparently the police have been cracking down as of late. 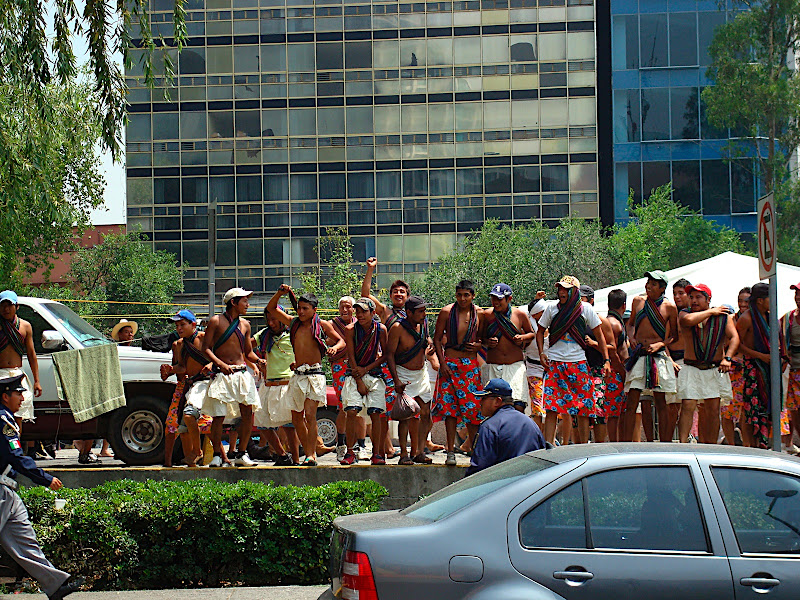