I had a breakfast date with a guy this morning for 10am. We set the date a few days ago, and didn’t bother to confirm, so I was ready for the possibility that he wouldn’t show (as happens often here if one doesn’t confirm). So imagine my surprise when he shows up at 10am on the dot. We had a lovely breakfast and conversation covering a wide range of topics, and he seems like a real sweetheart. As the topic of appointments and time came up, he was in total agreement with me over my assessment and admitted that it was something that bothered him as well. When I asked him what was different about his conception of time and engagement from the rest of the populace, he had an interesting take on it. He told me he thought it was at least partially related to the culture of religion, not just place. His family is Protestant (only about 6% of the population here), and he felt because of that he was raised with a somewhat different ethic with regard to promises and engagements. Interesting.

This is very good news indeed.

Here is a talk from TED (I really love these guys) by Mark Bittman that I thought was pretty incredible. In it, he talks about the ways our culture has come to think about food, and what impact it is having on our lives and on our planet.

From an article at Slate.com on reproduction, I thought this was a pretty funny way to look at it:

The family values debate of the future will pit gays and straights who think everyone should get married and have children against gays and straights who think that marriage is a stodgy bourgeois construct designed to channel the revolutionary energy of sexuality into diaper changing and carpool planning while the planet chokes on the greenhouse-gas emissions of the multiplying hordes.

That’s right, my first real exposure to Isis was in a Saturday morning TV serial. As a kid, I used to love that show and it piqued a little interest in ancient Egyptian history and mythology. Plus, let’s face it, Isis was (as the gay boys say) fierce.

So today I decided to go see an exhibit at the Museo Nacional de Antropología entitled Isis y la Serpiente Emplumada. The exhibit attempts to link the worlds of Egyptian and Mayan mythology via two of their main characters, Isis and Quetzalcoatl. Although there are some similarities (especially with regard to the central place held by these deities in their respective cultures), it would seem that the cult of the Virgin of Guadalupe (and her antecedent goddess, Tonantzin) would have been a more appropriate choice in comparison to Isis. The exhibit was absolutely enormous focusing mainly on the Egyptian artifacts (some of which were completely stunning) and not limiting itself to Isis, but also concentrating heavily on related deities such as Osiris, Horas and Seth (among others).

I was exposed to a few new things at the exhibit that were quite interesting. For one, I had no idea how much inter-cultural borrowing there was between ancient Macedonia, Greece, Rome and Egypt with regard to their dieties. There were a number of fascinating Greek and Roman representations of Isis, for example, and the exhibit talked about the cult of Isis taking hold as far away as England. There were also a number of formal objects in the collection I had never seen anything like before in Egyptian artifacts. Many cube shaped statues and carvings, as well as some incredibly detailed sarcophagi.

Overall, well worth seeing, even though this exhibit suffered from exactly the same problems I have previously noted in the other exhibits at the museum. Namely, bad English translations, scant or imprecise dating, and disorganized stroy telling.

I just read a fascinating article in the NY Times this morning about woman named Jill Bolte Taylor, a neuroscientist who suffered a stroke in 1996 that completely changed her life…for the better. Through the severe damage that the stroke caused in her left hemisphere, she was left for a time with only right brain awareness and an overwhelming sense of presence. This state of being and experience outside of ego (constructed by the left brain) is one of the main goals of meditation. It is also worth listening to her short talk about her experience at TED.

A friend of mine just forwarded me a link to the work of an artist that is pretty fascinating. Called Running the Numbers, the work is by an artist named Chris Jordan. In the series, he creates a group of photomontages representing the vast quantities of waste that our consumer culture produces. What is so amazing about the work is how he plays with the scale in such a way that one doesn’t recognize the individual items in play until one is at a very close range. From a distance our detritus is abstract and divorced from the social indictment of a closer view. We rest easy when we aren’t forced to confront the enormity of our consumption. Amazing work.

One of the less pleasant aspects of Mexico City is the super loose concept of planning among the residents. On three separate occasions in the past 3 days I have had people let (what I thought was) an appointment drag on so many hours after it was originally planned as to de facto cancel it. “Let’s meet at 8” Then at 7:30 a call, “I’m across town still. Let’s meet at 10.” And then at 9:30 “Can we make it 11?”
And I thought LA was bad about being late. The thing one has to do here is act as if you never made plans at all. Then if anything happens, it is total spontaneity. I realize this is one of those things that is strongly ingrained in me, and is a part of my culture, but I still think it is rude. 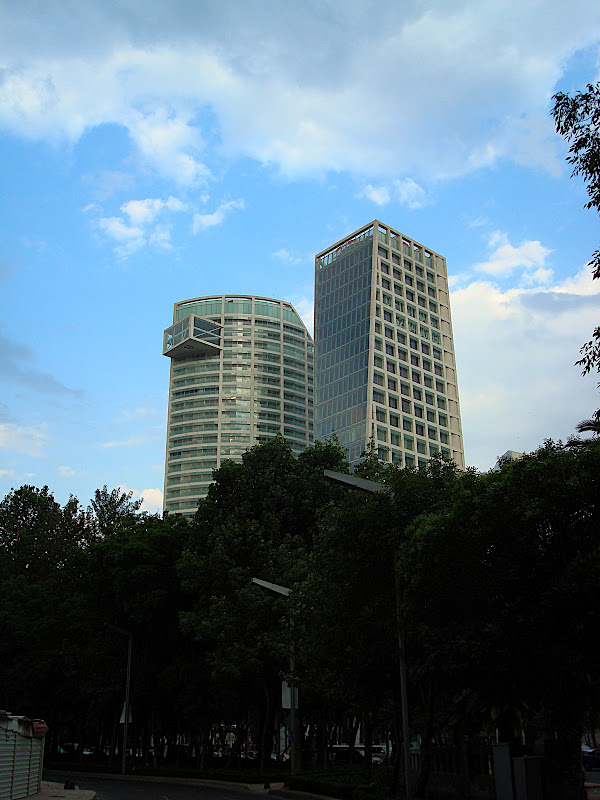 In case I haven’t mentioned it before, Mexicans are just crazy about soups and stews of all kinds. Me, I generally prefer solid food.