– Coincidentally, a bunch of my new Melbourne friends were in town (separately) today. I hung out during the day with Andrew, and then we met up with Troy and Bradley for dinner and drinks.

– Andrew and I went to go see an exhibit here called Red Hot Down Under, at a gallery just a few short steps from where I am staying in Sydney. I gather from the exhibit and talking with people and various cultural references that ginger (or redhead) phobia/teasing/hate is a real thing here and in the UK and New Zealand. It all strikes me as very odd because I don’t remember seeing anything like this level of disdain in the US with regard to this group. If anything, gingers are (in the gay community at least) objects of desire, at least among certain people.

– It was raining non-stop today, and by the end of the day I was really over it. The weather in Sydney has been pretty shitty since I got back.

– I was excited to see from the tracking online that my passport with Brazilian visa was delivered to my friend Nick’s place. But he did not receive it, there is no sign of it, and so it seems that the Australian postal service has somehow lost it. They were supposed to get a signature, so I am not sure how this happened, but I have launched an inquiry. Ugh.

– Australia is turning out to be much more expensive than I thought it would be. I have to really start being more careful.

Just came back from my first visit to my new physical therapist. I really like her and the entire operation seems way more professional than the last one I went to. Here they move my arm and massage joints and muscles in a very specific way. At the last place they just kind of pointed to a picture workbook and said “do that”. Here on the other hand, they were very specific with degrees of movement and helping me to understand what I can and can’t do, including giving me some tips for sleeping with this god damn sling on my arm. The only downside to this place is that it is a bit of a hike to get there, and even though I can take the subway for part of the trip, I still end up walking at least 15 minutes. And wouldn’t you know it, it was raining when my session let out this evening. Ever try to manage opening and closing an umbrella with just one hand, then walking 15 minutes in heavy rain while your other arm is tied up and throbbing in pain? Did I forget to mention how much it adds to the fun that I can’t get more than 4 hours sleep before my shoulder and position wake me up? I’m grumpy because of it. I’m not a very good patient, I admit it. I’m more of an impatient, at least about sickness. It is one of those things that I should meditate on and try to come to terms with I guess. Maybe I will try that tomorrow.

My friend Dallas is in town for a few days on business, and had time today to hang out with me. He was excited to allow me to show him around New York a bit, and so was I. I imagined we would stroll through some of the many interesting and beautiful neighborhoods of New York, stopping in various cafes, restaurants, and shops along our way. When I woke up this morning and looked out the window however, imagination gave way to cold wet reality in the form of blustery torrential downpours. So a change of plans took us to a nice long lunch (with truly amazing banana cake) followed by a trip down to The Tenement Museum for one of their fascinating 2 hour tours. When it was over, it was still pouring madly, and the wind was something fierce, twisting our umbrellas and soaking us despite our best efforts. Realizing that we were none too far from a lovely little place called Freemans, we made our way there, arriving quite drenched but happy to be indoors with a hot toddy and artichoke dip. We dropped our soaking umbrellas in the can at the door with all the others so as not to drip all over the restaurant, and sat down at a table by the window. As we were enjoying our drink and dip, I glanced out the window to notice one of the patrons leaving. He looked quite a bit like Colin Farrell I thought, and then I looked down and also noticed that he was carrying an umbrella that was strikingly similar to my own. I turned back to my drink and conversation, not giving it another thought. That is, until we got up to leave and I noticed that the bastard had in fact made off with my umbrella! I rooted about in the can and took one that looked busted up (probably the one he left behind) and we made our way as quickly as possible towards the nearest subway. It was so windy that I had to abandon the brittle thing I was carrying as it split apart in the wind. At that point I just accepted it was my lot in life today to be not just wet, but drenched and cold. I made my way into the subway, then walked the several blocks back to my place from the exit, dripping comically as I entered my building.

Taking advice from the locals is always the best way to go. We hear about a nice beach near the rainforest and decide to hit it before going to the forest. It turns out to be a lovely little beach and the best on the north side of the island for swimming that we have found. After that we head into “El Yunque“, the only rainforest on American soil. We took a wonderful stroll through the forest, stopped at a waterfall where Josh braved the icy cold to swim for a few minutes, and then continued on the surprisingly long path to its endpoint. We then took the paved road back to our car, and as we were walking it, a huge downpour erupted. We were soaked through and through by the time we got back to the car, just in time for the rain to stop completely (isnt is always the way?). Although not on the same day, we later stop on the road near Luquillo at a line of famous food stalls for some of the most delicious stuff we have had in Puerto Rico. My favorite was the arepa con camarones and a kind of sweet plantain stuffed with beef. Yum. 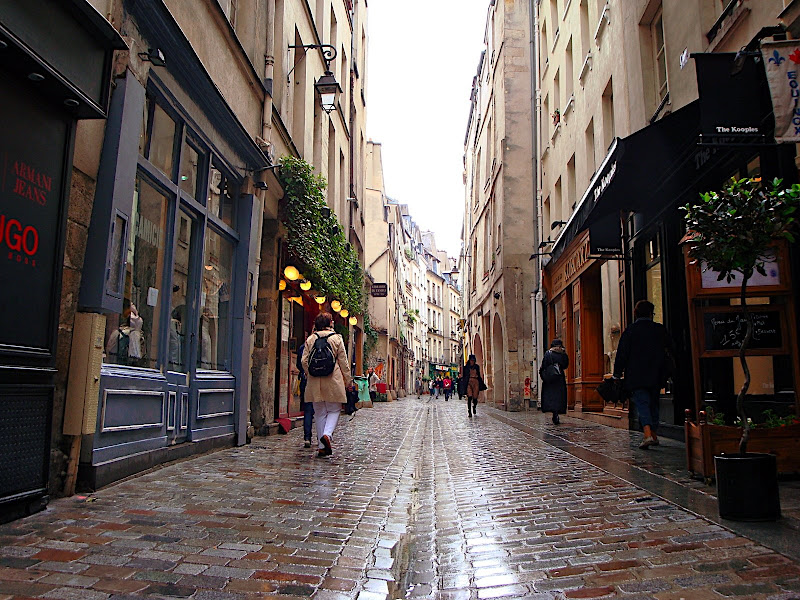 I was staying in the cottage last night, and it was raining really hard. I love the sound of rain on the rooftop. For some reason it is really calming for me and reveals a beautiful rhythm of connectedness.